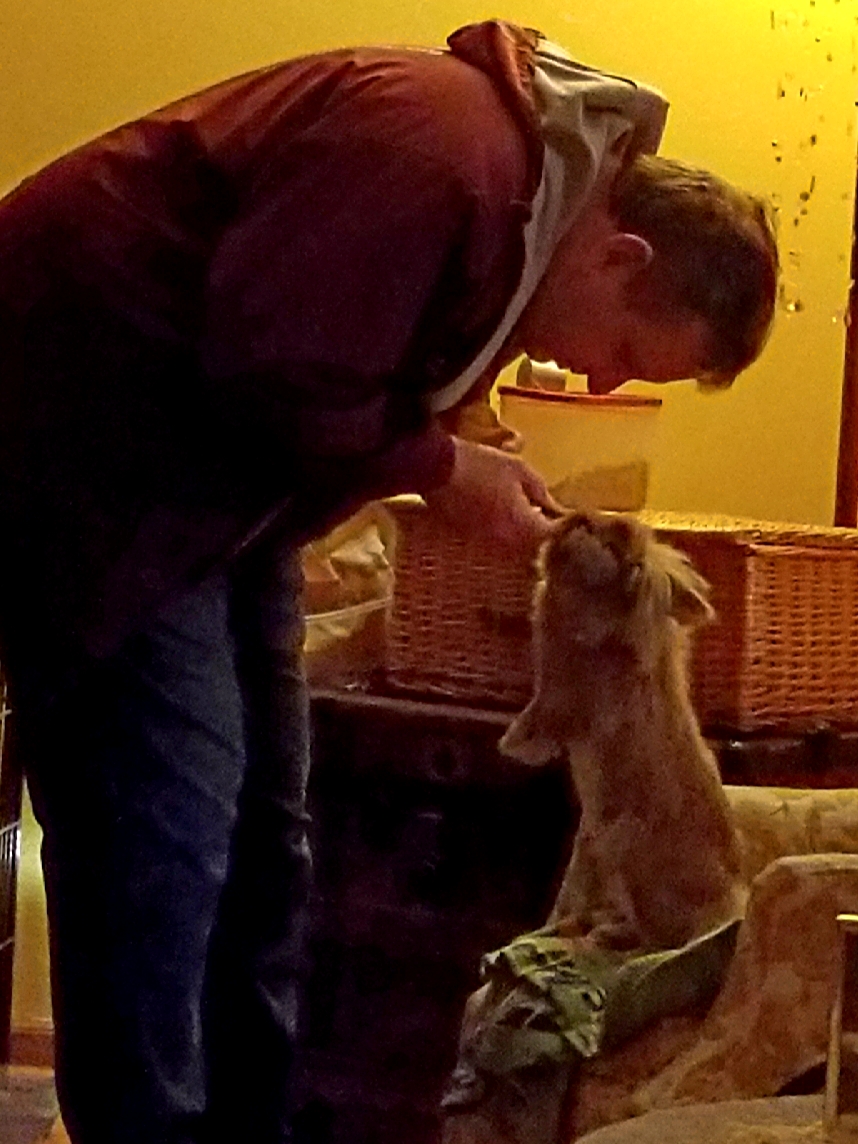 We got a call from Posh Petz which runs the shelter in Long Beach, NY. Someone had left a small orange bunny in a cage on the beach in the frigid temps during January of 2017. This shelter mostly deals with dogs and cats, so we immediately put out the word that we needed a foster home. A family who had just lost their bunny stepped up and offered to take him in. Within a few days he went from being left in the cold to living in a large pen in a warm house. He had a few cute sprouts around is head when he arrived, but with good nutrition he has grown a thick lionhead mane and skirting. We had a serious adoption inquiry on him, but his foster family couldn’t give him up and adopted him. Rusty gets excited each day when his favorite human comes home to give him a treat and spend some quality time together as shown in the pic. We are beyond thrilled for him.